-OIL: Made from plants or animals. It consists mostly (90 to 95%) of triglycerides, with other components: sterols, tocopherols, phospho-glycerides, fatty alcohols, etc.. Its minor components are removed in the oil refining process. In Spain, it is customary to call the compounds described, that are liquid at room temperature, oils; whilst calling those which are solid at roomtemperature, fats.

-ESSENTIAL OILS: Hydrocarbon series of terpenes. The constituents that give rise to the fragrance of plants can be isolated as mixtures called volatile oils or essential oils. Theseconstituents are isolated by certain treatments such as steam distillation, stream and solvent extraction. They are very important in perfumery.

-LIGHT-OIL: A mixture of hydrocarbons obtained from petroleum distillation when boiled in the boiling range between 250-300 º C. This distillation is performed at atmospheric pressure inhigh towers. If it is subsequently subjected to such a new light oil distillation, you get heavy oil fractions, lubricants and waste. After refining, this type of oil can be used as fuel for diesel engines.

-MULTIGRADE OIL: Oil used to lubricate the engines, with the aim that they retain all its characteristics and not be affected by changes in temperature.

-HEAVY-OIL: A mixture of hydrocarbons obtained by distillation of crude oil, when it boiled at a temperature above 310 º C. Distillation takes place at atmospheric pressure in high towers. If it is subsequently subjected to a catalytic cracking gasoline is achieved and gaseous products.

If heavy oils are subjected to a vacuum distillation a lubricating oil is obtained which is intended for engines.

-DRYING OIL: oil that hardens quickly, so it is used in paints and varnishes. They are unsaturated oils that, when exposed to air, undergo a process of auto-oxidation and polymerization, producing a resinous substance that forms a resistant layer. Examples of drying oils are linseed oil from flax seed, and the eastern oil or tung oil, from tung nut.

-FUSEL OIL: Part of the distilled liquid fermentation of sugars, starches, cereals and fruit juices, it's a mixture of alcohols among which are the n-propyl, n-butyl or n-amyl 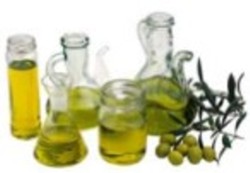 Olive oil is an inexhaustible source of health.

-OLIVE: olive fruit that after preparation can be eaten directly or used to obtain olive oil.

-SATURATED FATTY ACID: Those in which their chemical structure have single bonds, or don't have any double or triple bonds.

-MONO-UNSATURATED FATTY ACID: Those who in their chemical structure has only one double bond.

-POLY-UNSATURATED FATTY ACID: Those who in their chemical structure have two or more double bonds.

-FRUITY: olive oil flavor reminiscent of the smell and taste of healthy fruit, fresh and picked at optimum ripeness.

-ALCUZA: Vase of mud, tin or other materials, generally conical, in which oil is stored.

-MILL: Building where the equipment necessary is found for the production of olive oil.

- OMW (OLIVE MILL WASTEWATER): dark liquid that comes out of the olives when they are stacked before grinding.

-ORGANOLEPTIC ANALYSIS OR TASTING: Evaluation of sensory characteristics by a panel of experts to qualify olive oil. Out of 9, an Extra Virgin oil will have a score of 6.5 or more, and a Virgin oil between 5 and 6.5. 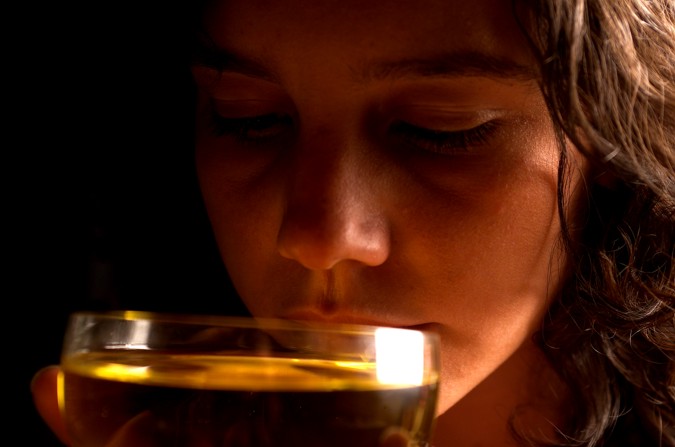 Olive oil is considered liquid gold, as it has many health benefits for the body.

-TASTER: Person who assesses with the sense organs the organoleptic characteristics of olive oil.

-ANTIOXIDANTS: are a group of macronutrient substances (tocopherols, polyphenols)  that have a protective and regulatory action on metabolism of the body (vitamin E, phenolic compounds, phytoestrogens, sterols, hydrocarbons).

-CAPACHO: round basket, made out of esparto (type of spanish grass), that is filled with olives and ground for pressing.

-CORNICABRA: Variety of olives whose cultivation is spread over the provinces of Toledo and Ciudad Real. Golden yellow oil, fresh and sharp aroma with hints of apple.

-DECANTING: separation process of olive oil dregs according to difference in density.

-HEADING: The mixture of refined olive oil with extra virgin olive oil, to give the appropriate flavor, color and odour.

- ENVERO: The colour olives turn when they begin to mature from green to black-purple

-ESCAZ: large bucket used in the oil mill to throw on hot water.

-FARGO: Variety of olives grown in Valencia, Castellón and Tarragona.

-HOJIBLANCA: Variety of oil from the province of Malaga. Golden color and excellent fragrance, known for its clean smell and sweet fruity flavor with a hint of bitterness at the end.

-LECHIN: Variety of olives grown in Seville and Granada.

-LIPIDS: organic biomolecules that are mainly composed of carbon and hydrogen and in much lower percentages, Oxygen. They may also contain nitrogen, phosphorus and sulfur. They are also called fats. They are insoluble in water. They are soluble in ether, benzene, carbon tetrachloride, chloroform, etc. They consist of glycerol and fatty acids.

-LIPOGENESIS: A natural process in the maturation of the olive during which oil is generated in the pulp of the fruit.

-ISO STANDARDS: ISO is an international organization (International Standard Organization) dedicated to the development of standards in all sectors (except electronics and electrical engineering).

-The ISO 9000 standards are a set of standards and guidelines for quality management.

-ISO standards 9001, 9002 and 9003 have been widely used as a basis for certification of quality systems by authorized entities.

-ISO standard 9002 is the model for quality assurance in production, installation and service.

-OLIVE TREE (Olea europaea): tree of the Oleaceae family. It is not very high. Its trunk is thick, irregular, twisted, gray in color, full of bumps and cracks, especially as it gets older. 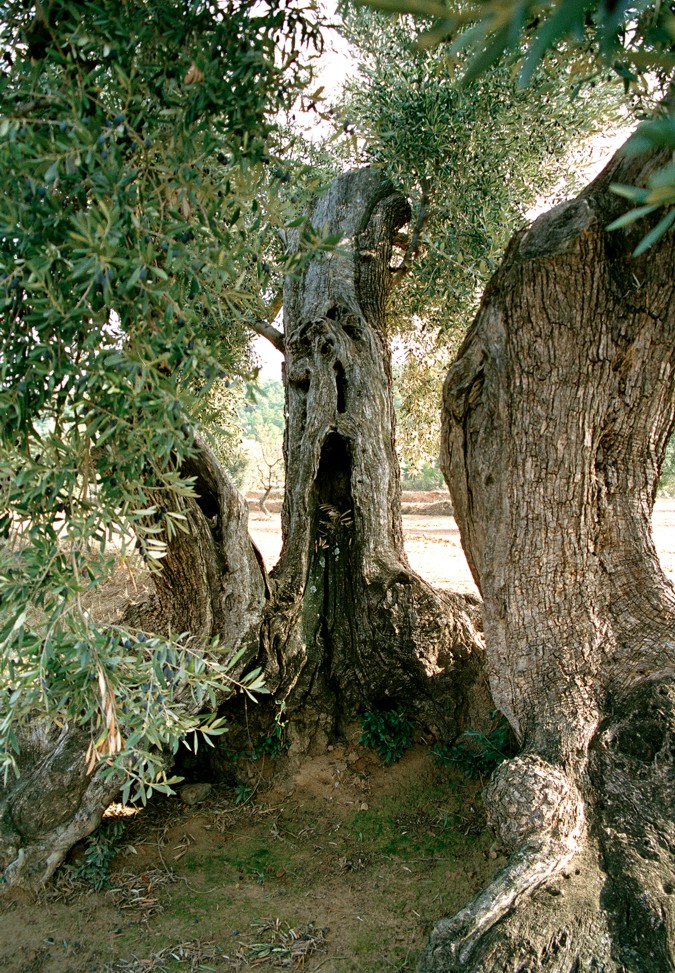 The olive tree, whose fruit is the olive, from which we extrat olive oil, is dear to the Mediterranean diet.

-HARVESTING: consists in picking the olives from the trees in the olive grove.

-ORGANOLEPTIC: Qualities of olive oil that can be perceived by the organs of the senses: smell, taste ...

-ORUJO: Residual olive paste which still contains a variable percentage of water and oil after being pressed and centrifuged.

-PICUDO: A variety of olives from the region of Baena, within the area of the PDO Baena in the province of Cordoba. Golden-yellow oil and great refinement of taste.

- PROTEIN: Word comes from Greek and means "of paramount importance. " Are derived from amino acids and have very high molecular masses. They are the main constituents of protoplasm and can be classified into: fibrillar proteins and globular proteins.

Proteins are colloidal in nature, making them stay in colloidal dispersion due to electrical charges of particles.

They are really very fragile substances that can easily be denatured by adding some acid or alkali, or simply shaking a protein solution into a foam.

During digestion, proteins are converted into amino acids, which are absorbed by the blood which in turn passes them to the tissues which are composed largely of proteins.

Proteins do not accumulate in the body, they are degraded, the resulting nitrogen is excreted in the urine, feces and perspiration. Examples of proteins include myoglobin, enzymes, trypsin, insulin, keratin, collagen, etc.

-TRUJAL: A press where the olives are crushed.

-VAREAR: Shaking the olive tree branches with a large pole. (as shown below) 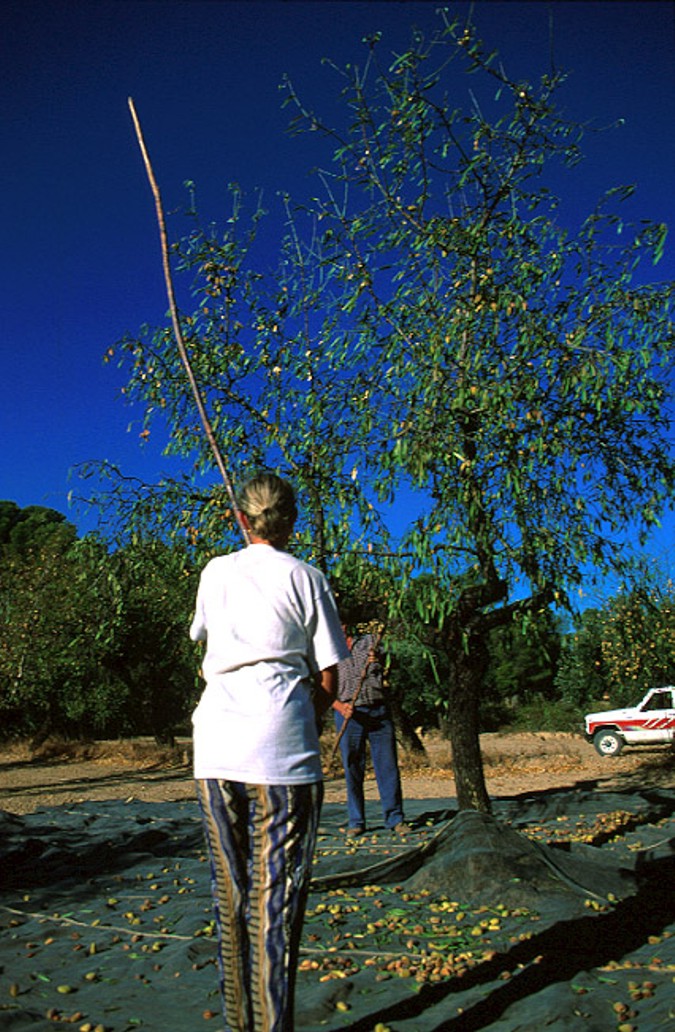 'Shaking' is to shake the tree with a stick, so all the ripe fruits fall to the ground, in the image, she is shaking an almond tree.

-VITAMIN: The nutrition would not be balanced without the unique contribution of proteins, lipids, carbohydrates and mineral salts in appropriate proportions. It is also essential for the body to provide small amounts of other substances called vitamins, even though they don't provide calories for our body.

Very few foods contain many different vitamins, so you need a varied diet to ensure an adequate supply of them. Vitamins are classified as being water soluble and fat soluble. The water-soluble vitamins are B, C and P, and the fat soluble ones are A, D, E and K.