Cosmetics is defined as an art dedicated to looking after and beautifying people's physical appearance. The term itself derives from the Greek word kosmêticos that refers to appearance. Following thesaying "the eyes are the mirror of the soul" it can be said that the skin is the mirror reflecting the individual's condition: food, health, even their age. This is why man has worried about taking care of his exterior image for so long, as it is a symbol of position among the members of their society.

Throughout history multiple cosmetic items and products have been used, however, one of these which has enjoyed more continuity in time due to the appreciation that it has received, is extra virgin olive oil. The cosmetic use of extra virgin olive oil is as old as its dietary use. The ancient eastern Mediterranean and classical cultures  were able to appreciate the qualities and unique properties ofthis liquid and applied it to the world of beauty and personal care. 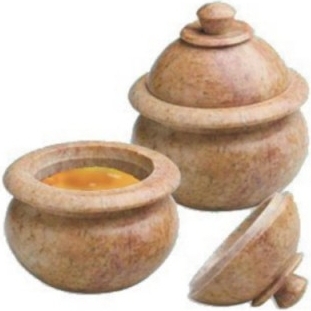 Ancient hunters used vegetable oils to make themselves up and mimic the environment when stalking their prey.  However the most profuse development of cosmetics came in the year 3000 B.C. in the area of the Ancient Near East. Perfumes, creams, lotions, ointments ... were all products used in daily hygiene and skin care in these societies.

The Mesopotamians used mainly oils for purification rituals, the goal being to create an environment in contact with the gods. On the other hand, Assyrians, Sumerians, Babylonians, Egyptians, Greeksand Romans, as well as using fatty ointments for ritual purification, used them for hygiene practices. In Egypt, the distribution and monopoly of scented oils was in the hands of priests. This factconfirms the religious-magical-medicinal importance that the oils possessed. Among the different types of oils that were used, olive oil was one of the most appreciated. It was used to cleanse the pores of the skin, to prevent the appearance of wrinkles, to hydrate, to make their hair shiny, etc.

Aromatic baths were something very common so much so in Egypt as in the Helladic region and Rome. Men and women submerged themselves in water and afterwards they rubbed themselves with scented oils. This process not only had aesthetic purposes but also for healing, as certain plants used for flavoring oils contained highly beneficial properties for human health. 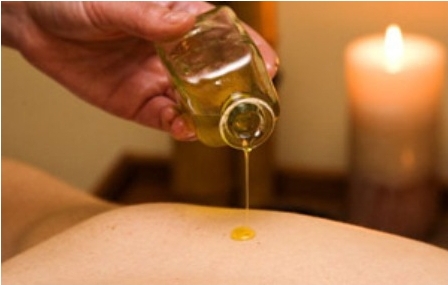 In ancient times, cosmetics, hygiene and health were very closely related. In fact, the Roman Galen (second century AD), who was considered the father of medicine, included in some of his water based medical treatments for skin cleansing, ash and animal or vegetable oils such extra virgin olive oil. Galen is credited with the invention of the first body lotion based on virgin olive oil mixed withwax and water.

The art of manufacturing cosmetic substances like perfumes and oils passed from Egypt to Greece, where it was perfected. By the year 2700 BC C. the largest producers of cosmetology centers werein Greece. The Greeks and the Romans gave much importance to physical beauty. The spent a long time in public baths and would then rub their bodies with oils such as virgin olive oil in order to hydrate and the skin and prevent irritations. Also, when playing sports or doing physical exercise they would cover their bodies in oils to maintain body temperature and protect the body from falls. 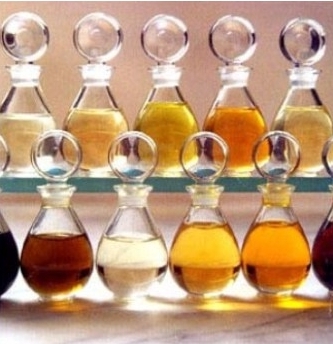 During the Middle Ages the Muslim culture continued to develop cosmetics, there are even researchers who attribute the invention of the first virgin olive oil based soap with animal bones and herbs. Gradually cosmetics was separated from medicine and associated more with fashion. During the nineteenth century the centre for cosmetic excellence was Paris where they carried out many experiments andnew creations adapted to the romantic fashion of those times.

At present, cosmetics are well advanced and new compounds are still being discovered. Virgin olive oil has moved from our dining room tables to become a first class cosmetic product. Numerous studies and investigations have demonstrated the useful applications that therapy and cosmetics have. Therefore, the cosmetic use of olive oil is on the increase and the beauty industry have launcheddozens of creams, lotions and ointments whose main active ingredient is olive oil. 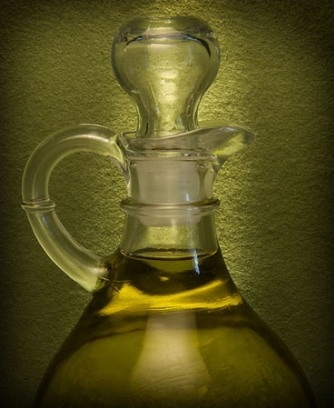 The so-called "liquid gold" has many beneficial qualities for the skin, which has made it an indispensable ingredient in cosmetics today

Etra virgin olive oil is rich in nutritional and antioxidant properties , it also possesses protective and regenerative properties; features which make it an excellent product for the skin. The oleic acid accounts for more than two thirds of the total content of olive oil; these fatty acids contribute to the maintenance of skin hydration and promote the preservation of the cell membrane.  Also, olive oil acts to tone the skin and make it firmer and to protect against aggressive external factors.  It can be applied on almost whichever area of our bodies: face, hands, hair... There are hundreds of home recipes whose main ingredient is extra virgin olive oil and the results are fantastic.  In short it can be argued that the extra virgin olive oil, besides being a product that takes care of us on the insidealso does so on the outside, helping us care for the natural beauty of our skin.