Islam made its appearance in the Iberian Peninsula in 711, with the arrival of Tarik, from North Africa. From then until 1492, when he surrendered Granada to the Catholic Monarchs, the Muslim civilization remained in Peninsular lands. During those eight centuries, the muslims founded a new state which they named Al-Andalus  which extended from the Andalusian coasts in the South right up to the middle of the Peninsula. The arrival of the Islam world to Iberian lands sparked a revolution that affected the society, urbanism, the culture and the economy.

The economic foundations of the Andalusian world were agriculture, livestock and trade.

In the agricultural field, the Islamic society developed important innovations that induced an increase in agricultural production to levels never seen before. It was in the Caliphate era (tenth and eleventh century) when the forest covering reached its maximum extension in the Peninsula; subsequently decreasing with the advance of reconquest. In the words of Ibn Ábdûn of Seville: "Agriculture is the foundation of civilization, our whole lives depend on it and its principal advantages". 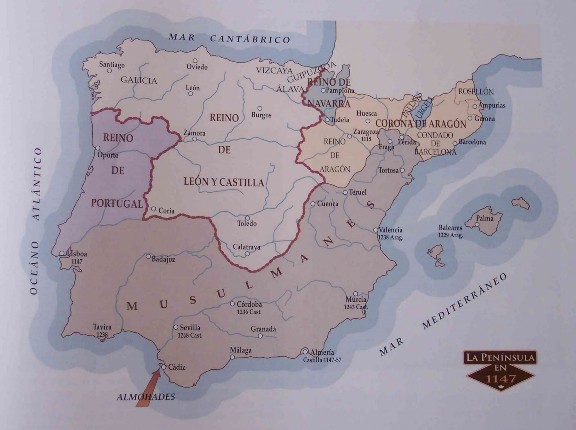 One of the innovations introduced in this period was the rotation of crops. Traditionally the agricultural season by definition had been the winter; during the summer the fields usually laid dormant. However, the introduction of new crops such as cotton, spinach or certain vegetables and fruits (the majority of tropical origin) marked the beginning of the agricultural season in hot weather so that the crops would develop. Crop rotation meant a better use of the agricuiltural land and therefore led to an increase in it's implementation.

Irrigation systems was another area in which the Muslim society left its mark. Water was an essential element in Al-Andalus as it ensured the fertility of the land. The old methods of irrigation from the Roman and Visigoth eras were severely damaged, in addition the demand for more water to water the new crops prompted new innovations and improvements as there was a pressing need for theimplementation of water-lifting devices, methods of procurement, storage, pipeline and distribution. Some examples are ditches, dams, reservoirs, ponds and fountains. 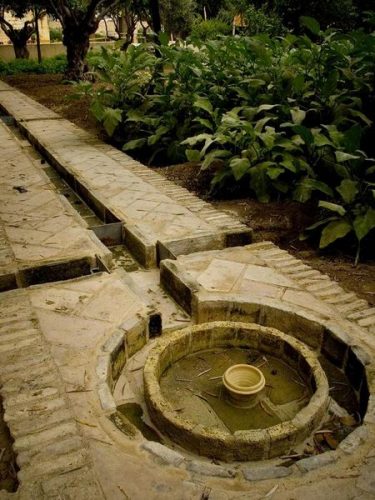 Muslim irrigation systems for the watering of crops such as olives

All of this development in the field of agriculture resulted in the production of a huge amount of literary works from Muslim writers, and scientists alike, about agricultural science. Many of these Muslim authors were also doctors; their special interest in crops was justified by the medicinal uses of the plants.

Two of the most prominent writers of the twelfth century were the philosopher Ibn Baÿÿa, better known as Avempace and Ibn Rushd: Averroes. The latter, in addition to talking in his writings about the properties of extra virgin olive oil, he also offered recipes for Muslim people. An example of this is the description he offered in one of his texts about the preparation of fried eggs with extra virgin olive oil: "When you fry them in olive oil (the eggs) they are very good, as things flavoured with oil are highly nutritious".  Many of these writings were later translated into latin and served as inspiration for further works in the West. 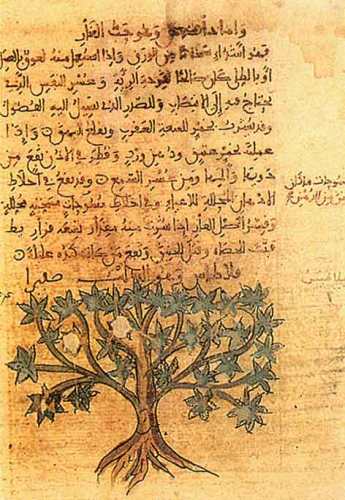 On the whole, Andalusian society were greatly interested in nature, vegetation, orchards and gardens. This was shown by the decorative plants that they grew on the walls of their own houses, with special emphasis on those of The Alhambra in Granada. 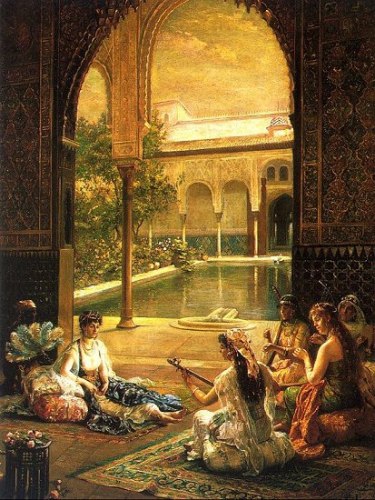 The agricultural crop that developed the most in the Analusian era was the olive tree. In the Iberian Peninsula there existed already grand plantations of olive trees since the Roman period and even before. In fact, Roman texts verify the great presence of these trees in the Al-Sharaf area in Seville and in the Priego area in Córdoba. The very name Córdoba (Corduba in latin) refers to "oil mill". However, with the arrival of the Muslims, this particular crop was strengthened and perfected. Ibn Zuhr in his “Book of Nutrition” claimed: “One of the best oils is pure olive oil, extracted from the more mature olives, without added salt or any other element”.

The olive tree is an essentially mediterranean

crop that requires a warm environment with an average temperature of around 20-30 degrees Celsius; while in the colder seasons the average temperature musn't drop below 4 degrees Celcius.  Its cultivation is not too laborious. When the Muslims planted the olive trees they did it from North to South to make it easier for the Easterly and Westerly winds to pass through the trees. By the eleventh century you could clearly differentiate between the landscape of the Northern half of the Peninsula, where the primary crops were cereals and that of the Southern half, where the grapes, olive trees and citrus fruits were predominant.

The main production areas for oil were Badajoz, Coimbra, Córdoba, Jaén and Seville. The levels of production were sufficient to satisy their own demand and even to export to the outside world as illustrated by the words of Al-Maqqarî: "It is said that the people of Seville were very wealthy [...] Its main trade lay in its oils that they shipped far away to the West and the East.

>The operation of the land took place through partnership agreements established between master or lord and the planters of the land, who were generally free men that handed over to the lord a species of tax that varied depending on aspects such as the type of crop, the season and the location. 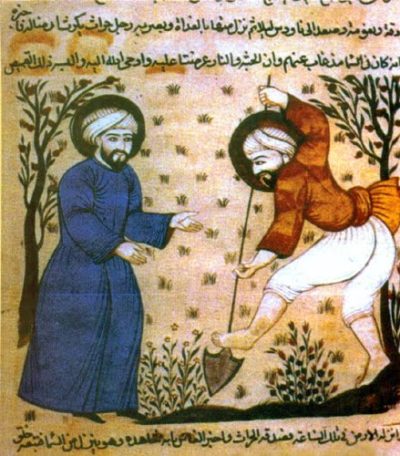 Extra virgin olive oil and olive trees were symbols of wealth in the Andalusian world as they had multiple uses: dietary, cosmetic, medicinal, nourishment for plants, raw material for woodwork, for making soaps,...

In Andalusian capitals night lighting was possible thanks to olive oil. Muslim scientists were aware of the multiple beneficial properties of olive oil for health, but it was mainly applied externally.  Also, virgin olive oil was an element highly prized for making soaps and the distillation of perfumes; for which the olive had to be harvested in August before they turned black so that the water did not rot the fruit.

With regards to the culinary use, Christian societies from the North of the Peninsula used lard as the fat to cook their foodstuffs; whereas in the South of the Peninsula the Muslim society employed extra virgin olive oil which was only rivalled in its use by seasame seed oil; as verified by writings such as the Islam recipe written by Ruperto de Mola which features virgin olive oil. The popularity of the use of extra virgin olive oil in Muslim recipes is owed in part to dietary precepts of the Islamic religion that tolerate its use.

Andalusian heritage has come down to us through a great number of words we use on a daily basis such as mill, ditch or the very word oil ('aceite' in Castellano) derives from the Arabic Al-Zeit whichmeans "olive juice. "

Olive oil was set within Muslim civilization as a cultural commodity whose value today we have inherited through the Mediterranean Diet. 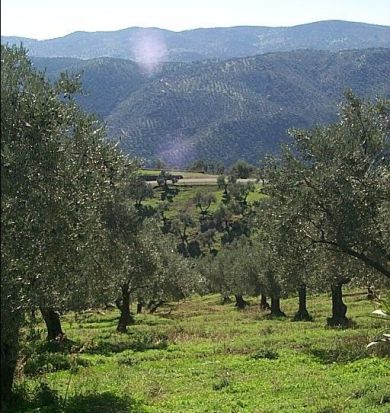