Soap is an ancient product, as old as man's need to clean himself. Soaps do not only have hygenic benefits but they were also conceived as ointments dedicated to alleviating aches and pains or to relax the body. Its true, that what we now consider today as soap, is far from the soap that was used in ancient times as in the Middle Ages or even in more recent times. The objective of the product was exactly: to eliminate the dirt from clothes and the human body, however its composition has varied a lot.

Natural artisan soaps are composed of animal fat or oils such as olive oil, mixed together with an alkaline substance such as, for example, sodium hydroxide (pure lye). However, soaps and detergents contain synthetic chemical substances whose objectives are to produce a large amount of foam. And as a result, foam has been related to cleanliness even though this is in fact a complete myth. 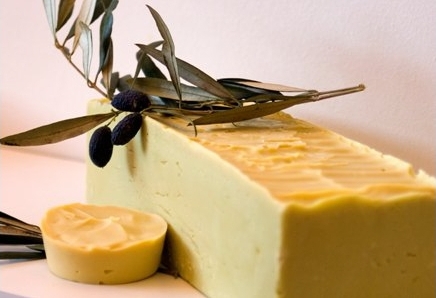 Virgin olive oil is perfect for the making of homemade soaps

Another custom exists that affirms that the origin of the name prodeeds from the town of Savona, situated close to Génova in Italy, where the first solid soap was made. Which highlights the etymological similarity between the name of the town and the French denomination of soap as "savon" and the italian "sapone".

We can't know for sure which was the real origin of soap, however its origins can be retraced. The first testimonial source made a reference to a soap-like product from III millennium BC, in ancientMesopotamia, the land which was the origin of the great civilizations of mankind. Specifically in the Sumer region clay tablets appeared telling of the mixture consisting in the boiling of oils with alkali, potassium, sodium, resins and salt. This mixture was used mainly to treat the textile fabrics such as wool and skin. 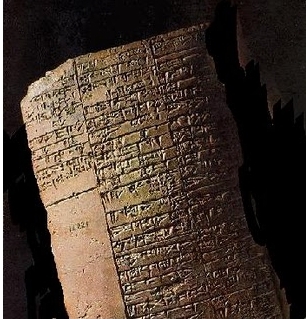 Clay tablet like the one located in Mesopotamia which refers to soap made with sodium, oil and other items.

Also, from Ancient Egypt come testimonies related to soap substances or detergents, to make them they used fuller's earth, the natron and crushed lupins. They displayed references to mixtures made with oils and fats, but the aim of these ointments was in fact medicinal. Similarly, in Phoenicia in the seventh century C. there is testimony to the use of soap, especially for cleaning cotton and wool.

Like in all other ancient societies, the classic civilization also used soap. One can still witness the discovery of archaeological remains found in the Roman city of Pompeii, which have been interpreted asa soap factory, dating from the II millennium BC.  According to the testimony of Pliny the Elder, author of the first century AD, he attests to the use of soap in one of his texts on the different types ofsoaps that women used to treat their hair. This author claimed that it was the Gauls who  invented soap in the fourth century BC.  It consisted in a frothy liquid which was obtained by boiling oils with the water from the washing of ashes. Another classical author who names soap in their texts is Galen, of the second century BC. This author identifies it as a product used for washing clothes andpersonal hygiene. In spite of these mentionings, the Greeks and Romans more than soap, used to use olive oil for their personal hygeine. They  smeared their bodies in olive oil and sand and afterwards proceeded to remove the mixture along with the dirt with a scraper called "strigil". 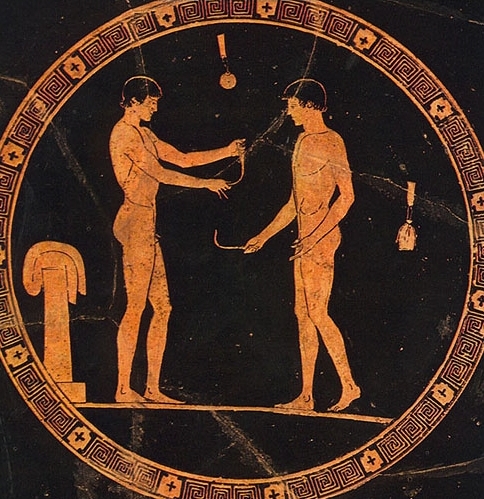 Use of the "strigil"accompanied by a mixture of olive oil and sand. Athenian red-figure cup (460 BC)

With the fall of the Roman Empire and the barbarian invasions the use of soap in Europe fell into decline. However, the Muslim world continued investigations in the field and they were the first to introduce lime to the ash lye, in fact, the word alkali derives from the arab "al-qali", which meant ash.

From the VIII - IX century throughout the Mediterranean basin, and even more focused in the regions of Marseilles, Genoa, Savona and Venice, the soap industry began to flourish.  During the fifteenth century soaps made from olive oil were on the rise, spreading across Europe, becoming the best form of body care. These soaps were the precursors of today's soaps.

Many and varied procedures have been used in the making of soap. Here, we will examine the non-industrial production from two soap recipes that feature used olive oil as an ingredient.  When we reuse virgin olive oil to cook various times it loses its properties and ends up deteriorated. In this situation we can choose to get rid of it or recycle it. Traditionally, rural women in nineteenth and twentieth century used to whiten their clothes with soap that they made from used virgin olive oil with hot water and ash in their households.

The soap-making process is very simple and in addition it gives great results, offering a creamy and efficient soap. Before you start, you need to put on rubber gloves so that your hands will not come into contact with the sodium and you must never use aluminium or tin recipients so as to prevent the expellation of harmful fumes. 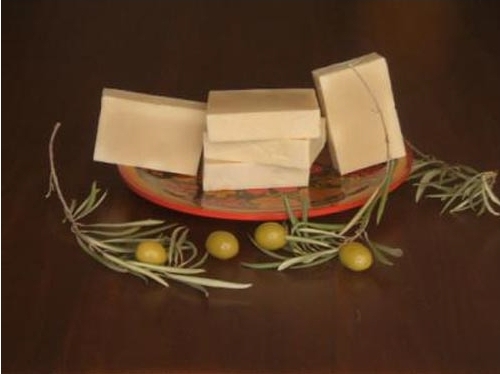 To make this recipe you need 3 litres of water, ½ kilo of caustic soda (sodium hydroxide) and 3 litres of used virgin olive oil. The first step is to mix in the recipient on the heat, the soda with the water and stir, always in the same direction, until it dissolves. Next, add the olive oil a little bit at a time until the mixture curdles.  This is when you can add items such as bleach so that the soapcomes out whiter or scents of herbs and fruits to give you a nicer smell. As the mixture gets colder it acquires a solid look and feel. The soap should be put in a wooden or plastic container and left for a couple of days until it has all solidified. Then you cut it into pieces and it is ready to use. 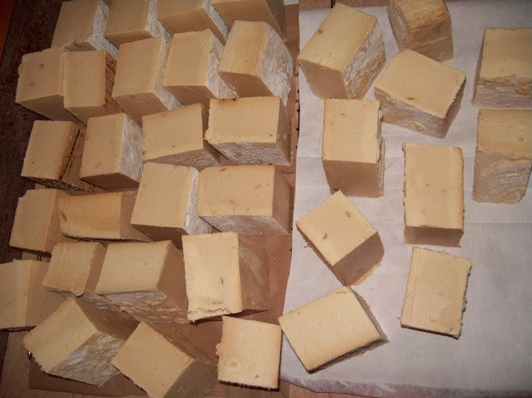 The recipe of this homemade soap is very similar to the previous one, however, this one is of liquid soap that can be put directly into the drawer of your washing machine. The ingredients are 8 litres of water,  ¼ kilo of soda, a bottle of liquid detergent, 2 litres of fabric softner and 2 litres of used olive oil. The procedure is to dissolve all ingredients in large bowl and leave it to stand for 7 to 9 days in a row, during which you must stir regularly with a wooden tool. At the end of the 7 to 9 days, when the paste thickens acquiring the look and feel similar to liquid soap, it is ready. Then the soapcan be distributed in reused bottles of fabric softener and soap.

Este tipo de jabones artesanos a base de aceite de oliva virgen extra queda totalmente disuelto en el agua y no deja restos de residuos. This type of artisan soap, with an extra virgin olive oil base arecompletely dissolvable in water and leaves no residue remains. It is ideal for washing clothes and if used to wash floors it leaves a clean and shiny finish, that makes them look as if they had beenwaxed. It also helps protect the environment in being an organic soap. 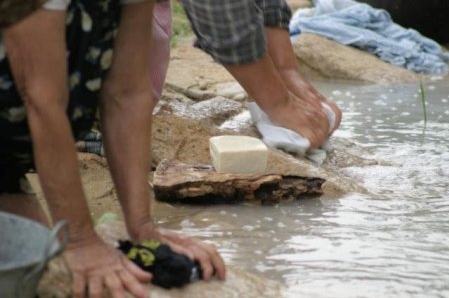