The county Lower Aragón, in the province of Teruel, is the largest producing area of olive oil in Aragón. This area is characterised by its arid lands with very slight and irregular precipitation. It's temperatures are extreme, consequence of the continentalization that produces a setoff, isolating this zone from maritime influences, both Mediterranean and Atlantic. In addition, the strong dominant wind from the North-East known as 'Cierzo' accentuates the aridity of the zone even more.

The average annual rainfall is 350 mm and the average annual temperature is 14.8 º C. This weather adds to the appropriate techniques of the cultivation of olive trees, soil maintenance, fertilization, pruning, pest and disease control, which complement an appropriate development of olive cultivation with its unique characteristics associated with its geographical environment . For this reason, Lower Aragón has a culture of cultivating olive oil that is centuries old. 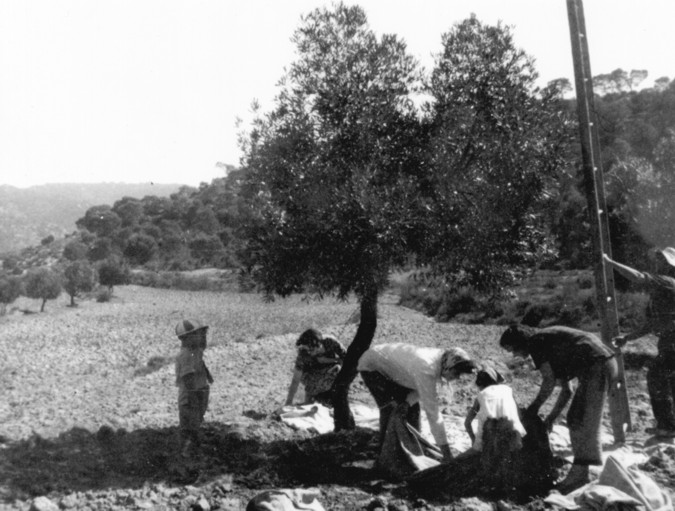 Olive harvest. This is how they would harvest olives in past times.

D.O. olive oil from Lower Aragón is located in the northeastern province of Teruel and in the southeast of the province of Zaragoza. The olive-growing area is located in the valleys of the rivers Aguasvivas, Martin, Regallo, Matarraña and Guadalope that drain into the area known as Lower Aragón and flow into the Ebro. This geographical area happens to be one of the most important areas in the north of Spain in the production of olive oil. It occupies an area of 15,000 hectares under cultivation, with an average density of 70 trees per hectare; it should be noted that in the oldest olive groves the density is between 60 and 80 trees per hectare. The usual density is 100 trees per hectare. Although there are times when there can be up to 200 trees per hectare. 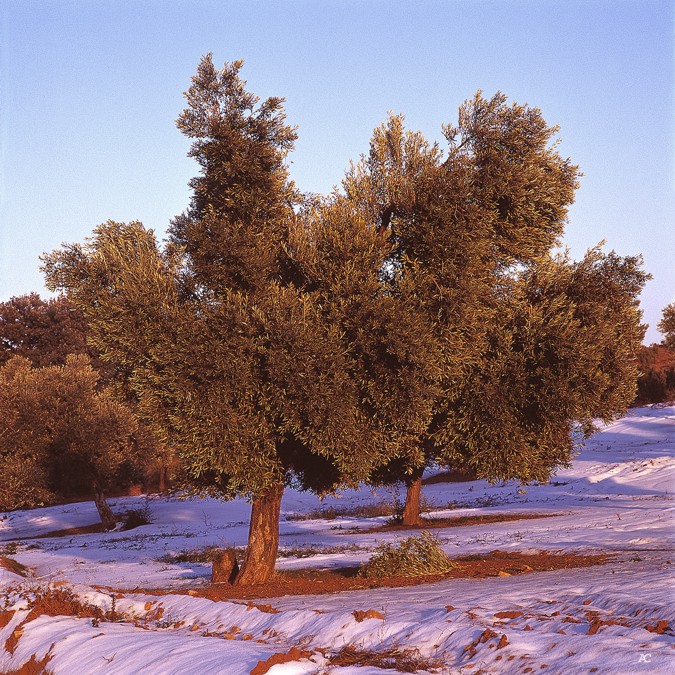 Olive cultivation is widespread in the province of Teruel, especially in Aragón.

In Aragón the main producers of olive oil are Andorra, La Codoñera, Calaceite, Castelserás, Torrecilla de Alcaniz, Alcorisa, Valdeltormo, Valdeagorfa and Calanda, with an estimated 4300 tonnes of oil, and Maella and Belchite produce about 1200 Tons.

The creation of the D.O. olive oil from Lower Aragón, is an official recognition of the quality of this magnificent product of Aragón, and an important starting point from which to go to work every day to improve and regulate the quality, promotion and sale of this special oil. The characteristics that differentiate and make the olive oil from Lower Aragón unique, with respect to the various denominations of olive oil in Spain, are that its clean, it doesn't contain signs of cloudiness or dirt, its yellow color whose nuances are in the range from golden yellow to old gold, a mild flavor, smooth, very pleasant on the palate, fruity, and reminiscent of the soft fragrance of olive.

The oil produced under the Lower Aragón D.O. holds 80% or more of Empeltre olives and 20% (never exceeded) of the Arbequina and Royal varieties. By using a high percentage of Empeltre indigenous variety of the region of Aragon Teruel variety, produces oils very soft, dense, low in acidity, bright yellow in color and intense flavors with hints of almond and apple. 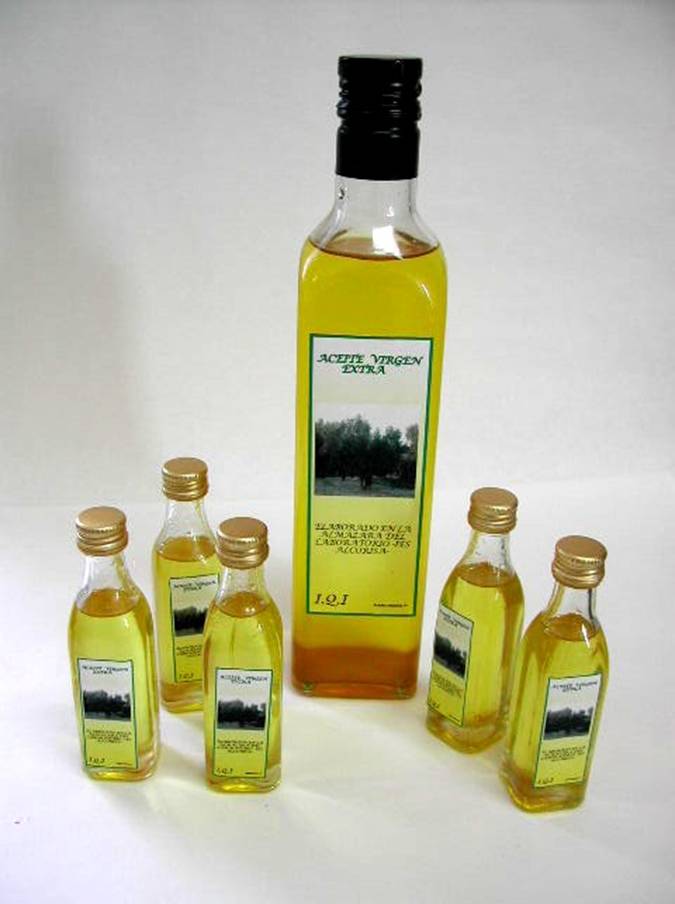 Olive Oil Under the appellation of origin of Aragón, is an oil with exceptional organoleptic characteristics.

The extra virgin olive oil D.O. from Aragón, has a minimum score of 6.5 on the tasting panel, and a maximum acidity (% oleic acid): of 1'00. Consumers should note that the degree of acidity has no effect on the taste of the olive oil, as it shows the percentage of free oleic acid and all it reveals is that when the oil deteriorates, the manifestations of rancidity will appear earlier, but it never determines the quality of virgin olive oil. The best way to preserve this special oil is to keep it in a dry place, away from heat. Avoid prolonged exposure to light and air, which can lead to oxidation and deterioration of the oil.

The hallmark of an extra virgin olive oil from Lower Aragón is the label on the container with the emblem of the Regulatory Council, which certifies that it has passed all quality controls and has the following characteristics:

The label that the D.O olive oil from Lower Aragón must have.

The characteristics that the olive oil from Lower Aragón has are:

* Aroma and flavour: Fruity tasting oils at the beginning of the season, with hints of almonds, no bitterness, with sweet and a bit of spicy thrown in.

Being conscious of the quality of the olive oils from this area and with the demand from the sector for access to retail markets with quality products and proper presentation, requires a guarantee to the consumer of what the product offers. Setting up a panel of assessors in virgin olive oil from Lower Aragon was proposed, which has had support from all sectors involved. In addition, the olive oil from Lower Aragón is an oil which has had countless publications and press releases refer to it as proof of this: