In this type of press of olive oil, the most primitive of all that use lever principle in order to increase the effect of power on a resistance point. Pressure on the olives was simply the one exerted for a weight that was hanging in the other side of the lever and the weight of the beam itself.

In a Greek representation of the VI century a. C. It was observed how a man tied to a thick beam some stones while other man rised up the  mentioned beam to increase the pressure on the  baskets that contained the olives. 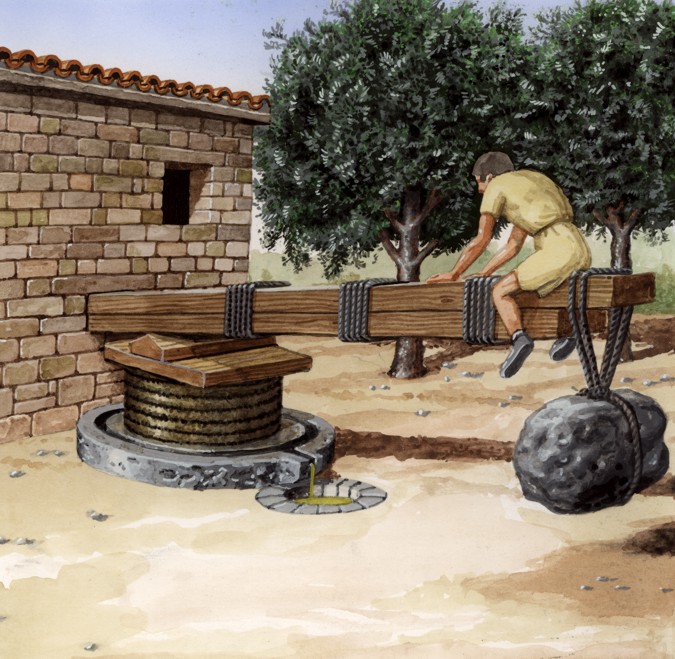