This mill consists of two stones or hemispherical wheels (orbis) suspended on a base stone shaped like a mortar (mortarium). The wheels, in addition to their circular movement, could turn in on themselves, thus creating the effect of crushing or grinding the olives. The distance between the wheels and the mortar was adjustable; thus they were able to select the type of grinding, with or without crushing the olive stones.

Originally from Greece, its use spread throughout the Roman Empire. Remains of this mill were found in the ruined city of Pompeii, in the first century of our epoch. 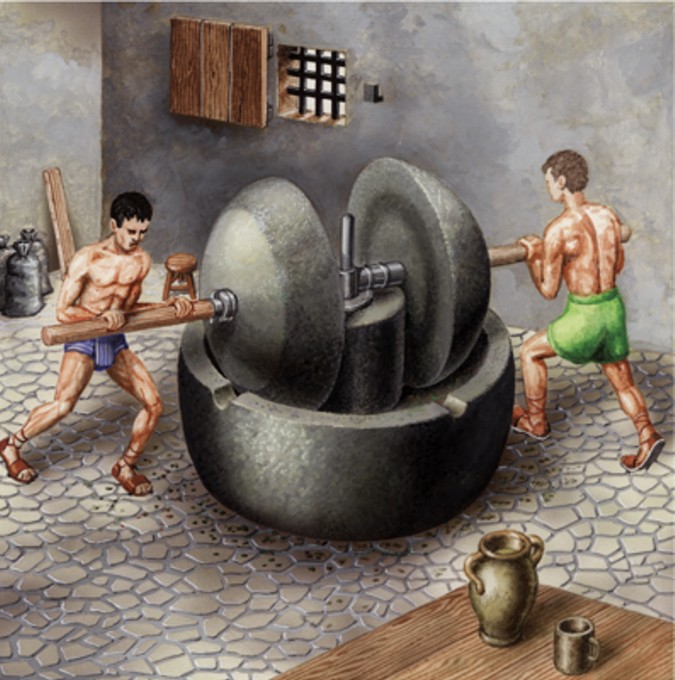 In Pompeii  remains of an ancient olive oil mill called Trapetum have been found.