Milk is one of the oldest forms of nutrition known to man. Since man started to domesticate animals that produce milk such as cows and sheep, it became an indispensible complement in the diet of our ancestors. They quickly learnt to make to make dairy products such as cheese. The date of the first cheese made is impossible to determine, but we can say that the domestication of sheep has been documented from the year 12,000 BC and therefore one may assume that at least from this date human beings were aware of, and consumed the milk of domesticated animals. 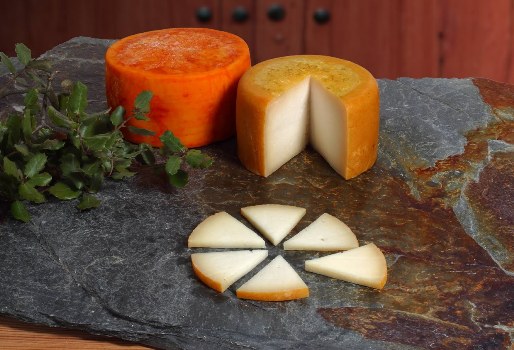 Cheese is an important form of nutrition in a balanced diet

There are many Egyptian documents that testify to the presence of cheese. Specifically in Thebes, where the tomb of Ipy is located, paintings appear illustrating the manufacture of cheese. Also in Abydos in the tomb of the Emperor of Aha (about 3000 BC approximately) cylindrical vases were located containing within them a substance which was analyzed chemically and confirmed as cheeseor butter.

An ancient legend attributes the discovery of cheese to an Egyptian merchant according to some versions and according to others, an Arab shepherd. The interesting fact is that its discovery was coincidental. The man realised that the milk transported in lambskin fermented and coagulated during his travels. This was due to the sun and the heat of the desert as well as the recipient that contained the milk. Whether it happened exactly so or not, the discovery of cheese was one of the greates findings in the history of food. 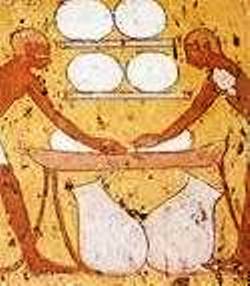 Remains of paintings from the tomb of Ipy in Egypt, documenting the Egyptian production of cheese

Cheese is a very nutritious food that provides our bodies with essential substances such as calcium and proteins. This made it a very useful food for the long journeys people made in ancient times. In addition its a product that can be conserved very well for a long amount of time, in fact, there are varieties of cheese that acquire richer tastes the longer they are left before consuming.

During the Ancient Greek period, cheese continued to be eaten.  In Greek, cheese is called fornos, which makes reference to the basket where the cheese was deposited and separated from the whey. The name for cheese in other languages were derived from this greek word, such as fromage in French or formaggio in Italian. There is a Greek tradition that affirms that it was the Gods who showed the mortals how to make cheese. Indeed, in Greece there was an abundant consumption of cheese. Homer, in the eighth century BC, referred to this food in one of his texts of the "Odyssey" when speaking about the giant Polyphemus milking his sheep. Of the milk obtained, half he left to curdle and the other half he drank. The Greeks added spices, nuts and fruits to the cheese for its consumption. Some condiments that they used were raisins, flour, almonds, virgin olive oil or honey. The Roman culture continued the production of cheese. The Romans were true admirers of cheese, especially goats cheese.  Like the Greeks, they too accompanied their cheese with things such as pine nuts, thyme, black pepper, different dried fruits or nuts. The latin word they used for cheese was caseus, from which was derived the name in other languages such as queso in Castellano or, of course, the english cheese. Authors such as Columella from the 1st century AD speak of the cheese making process. Also, there are other authors like Pliny that spoke of different vaieties of cheese that were made in different regions of the Empire, specifically he referred to, in his texts, the quality of the cheeses from Gaul and those from the area that we now know as Turkey.

With the fall of the Roman Empire, the cheesemaking traditions from the germanic villages spread all over Europe. The Middle Ages can be considered as the 'golden age' for cheese. In these times, in which monastic and military orders disseminated throughout the European territory, cheese gained a lot of weight in the human diet. Especially in the days of Lent, when Christians could not eat meat, they acquired the necessary proteins through dairy products. Also the grand part of the population were involved in livestock which facilitated the production of artisan cheeses. 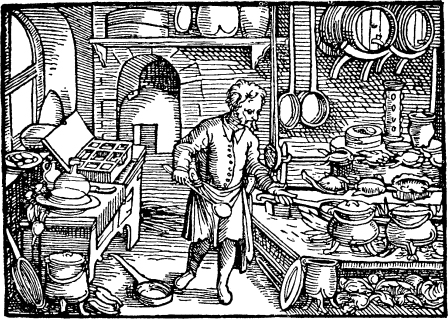 During the nineteenth century cheese was converted into a gastronomic product symbolic of delicacy and distinction. Each region began to promote their own cheeses. With the arrival of the twentieth century and new chemical and bacteriological methods, the sector industrialised making it possible to increase population considerably. In this way, little by little, cheese managed to convert itself into one of the most important agricultural products worldwide; and its consumption has spread greatly and its various flavours are recognised all over the world.