The Mediterranean diet is a set of eating habits that have continued for millennia, for the populations bordering the Mediterranean Sea. It consists in a varied and wise mix of nutritious elements, combined in a peculiar manner that provides all of the necessary nutrients for healthy living. In this final outcome, olive oil has a fundamental role, the main axis around which to build most of the dishes in the Mediterranean diet.

This importance of olive oil is indisputable and depends on its many virtues, as much gastronomic as health related. Its nutritional merit is supported by its being olive oil, the foodstuff that provides the most calories in our diet, with which it is the key element that allows us to distinguish Mediterranean diet culinary traditions from countries as diverse as the Iberian Peninsula or the Middle East. We could say that the Mediterranean diet wouldn't exist without olive oil, as without it we wouldn't be able to make the majority of its dishes.

Olive oil is a valuable foodstuff, owing to its richness in diverse components, among which features oleic acid, the major monounsaturated fatty acid in the diet. Olive oil is the only natural product on earth that is made, in the vast majority, from fatty acid.

Thanks to our oil, the menus of our diet are a balanced mix of products, where each retains its nutritional properties, providing their best sources of calories, their proteins, vitamins, minerals and other micronutrients. A good example of this is the traditional and healthy habit of having bread and oil for breakfast or the use of olive oil in the preparation of traditional confectionary. 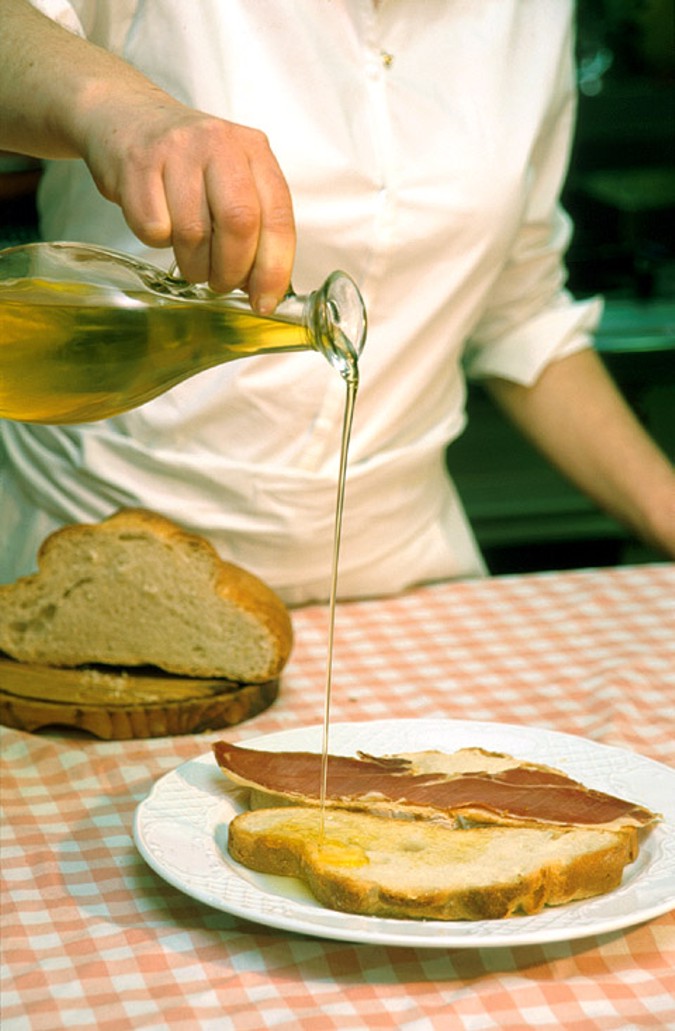 The Mediterranean diet is certainly the most healthy diet. One of its key elements is olive oil.

Within the Mediterranean diet, we can be sure that olive oil is a basic element in the kitchen and it can be consumed in many different ways, for example:

- Raw, as the extra virgin olive oil retains all the aroma and flavor in salads, sauces or dressings on vegetables. Also drizzled on bread or toast or even over-smoked olives, meats, sandwiches, sausages, etc

- In dressings, in this we must take account of this important order: first salt, then vinegar or lemon juice and finally the oil. The oil covers with a layer the salad ingredients preventing the other elements of the dressing to penetrate them, so the oil is the last thing you have to add.

- In sautéeing and cooking: At a low-temperature heat, the cooking is done with the steam from the meat, vegetables and liquid are added, the flavors and aromas remain concentrated. Virgin olive oil retains all its properties, especially with vegetables. 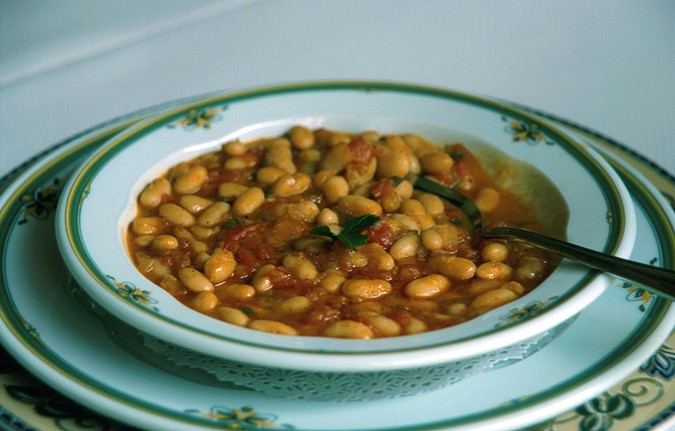 In this picture you can see a stew from the Mediterranean diet, where one of the ingredients is olive oil.

- In oven-roasted dishes: Temperatures, particularly for meat, are usually quite high, olive oil, for stability (due to oleic acid content), is the most appropriate accompaniment.

- In grilled or barbecued food: Olive oil helps to cook the food, preventing it from "sticking" while allowing the release of the food's own fat and flavor. On the grill it can be flavored with herbs, and to better preserve the flavor, add oil at the end as a finishing touch.

- For frying and roasting: virgin olive oil is the most stable of vegetable fats and produces no toxic reactions when subjected to frying, grilling or baking in normal conditions. Quite the contrary, it improves the culinary qualities of food. When frying, it forms a thin and consistent layer around the product which prevents it from absorbing more oil and allows it to retain all its juices. Olive oil fries and does not bake, as do other oils. Besides olive oil "grows" in the pan, this is an important economic factor. 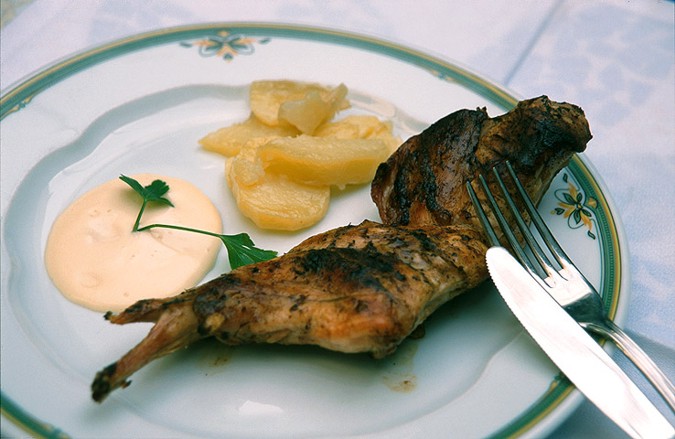 In addition to the countless dishes of the Mediterranean diet, in which the extra virgin olive oil is an essential ingredient, we can create with it the most simple but sublime compositions.