Roman millstone has evolved very slowly up to the current epoch. Today is used in numerous factories as crushing and shaking  system or only of shaking of olive paste. The base, also called plinth, has a circular shape and diverse diameters, the material that is used to make it is stone or masonry, assembled  to hold or accumulate the paste.

Cylindrical millstones and vertical millstones increase in number, two, three, four, up to six in the last models, the traction of the millstones first was human, later animal, and in the modern epoch (end of last century and beginning of the present century), first  took advantage of the hydraulic power and later the electrical engine is used.

In this last epoch joins to the millstone a hopper of the olive supply and the sliding panel, piece that drives the  olive paste inside of the plinth or to the exterior in order to regulate crushing degree. 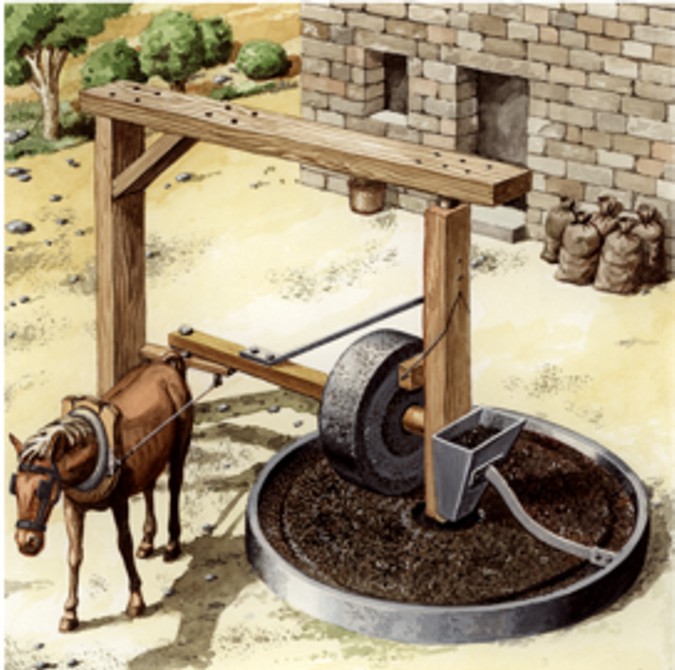