The olive tree was the symbol of the whole Mediterranean area during ancient times. Thanks to the olives it served as a source of food and olive oil. Also, it was well respected and revered as one of two of the most important Greek mythical trees, along with the oak. 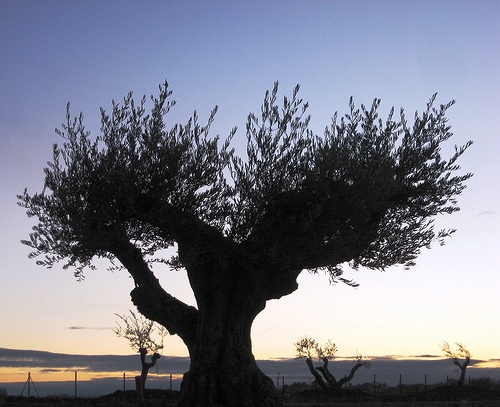 The olive tree was a totem in ancient Greece

The origin of the Olive tress in the city of Athens is explained through the intervention of the Goddess Athena. This goddess was the daughter of Zeus (supreme God of Greek mythology) and Metis who symbolised prudence and cunning. Athena was a warrior Goddess whose attributes were the spear, helmet and aegis  era una divinidad guerrera cuyos attributes are the spear, helmet andaegis (Zeus' magical attribute according to some authors was a goat-skin wallet and according to others, it was the shield protected by the head of Gorgon whose eyes turned to stone anyone that looked at it). In addition Athena was Goddess of justice and wisdom and protector of arts and literature. Her sacred animal was the owl and the olive tree was one of her most recognised symbols. The reason that the olive tree symbolised the Goddess is explained through the following mythic passage:

Poseidon, God of the seas and Zeus' brother, coveted earthly kingdoms and so claimed the possession of Attica, driving his trident into the Athenian Acropolis which became a well of salt water.Later, Athena came to town and took it in a very peaceful way calling Cecrops, first King of Athens, as a witness. Athena made an olive tree spring from just next to the well. Poseidon, in anger,challenged the goddess, but Zeus intervened and ordered the formation of a divine tribunal to decide which of the two Gods should be enshrined in the city. Thus, the tribunal formed by the Olympic deities, after listening to the testimony of Cecrops decided to side with Athena. It was determined that it was she who had the right to own the land because she had given the city the greatest gift:the first olive tree. Thenceforth, the city adopted the name of Athens and the olive tree planted by Athena was revered for centuries in the Acropolis symbolising the victory.

In Greece the olive tree symbolises peace and prosperity, as well as resurrection and hope. This was demonstrated by the events after the burning of Athens by the Persian King Xerxes in the Vcentury BC. Xerxes burned the entire Acropolis city, within which was the centenary of olive trees of Athena, which was also burned. However, when the Athenians entered the scorched city, the olive tree had already grown a branch, symbolising the rapid recuperation and renovation of the Athenians in the face of adversity. 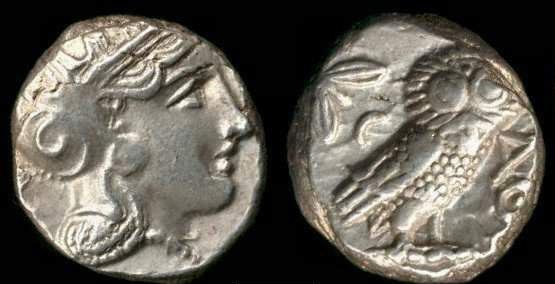 Hercules also, one of the most well-known mythological heroes, is related to the olive tree. Even though he was very young Hercules managed to kill the Cithaeron lion which was ravaging the countryside, using only his own hands and a wooden stake from a wild olive tree. This act indentified the olive tree with strength and resistence. Hercules is also famous for his twelve labours ("Herculean labours") commissioned by his cousin Eurystheus in order to atone his sins after he killed his family in a blind frenzy. During these labours he used various weapons, including a club,which is one of the most significant attributes of Hercules, along with the lion skin. This club was made of the wood from an olive tree and if it was dug into the ground it began to take root to until it converted into tree. Amongst other things, with this club Hercules managed to corner the Nemean lion in a cave and then he strangled it with his own hands. 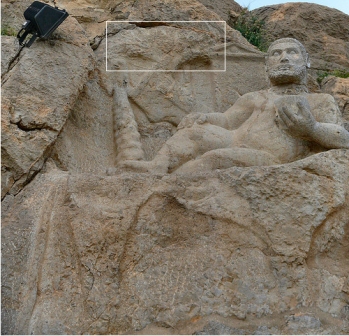 The olive tree, being considered a sacred tree, was often used as an offering to the Gods from the mortals. This is demonstrated in the story of Theseus, the national hero of Attica, who also has the presence of the olive tree in the story of his life.  Theseus was the son of Aegeus, king of Attica, and throughout his life he had many adventures. On of them was the confrontation with the Minotaur on the island of Crete. Before beginning his adventure, Thesus begged protection of Apollo in return he gave an offering to the God of a sacred olive branch from the Acropolis of Athens. This custom came from the Roman culture as testify the writings of Livy.

Also worth mentioning as an example is that of Orestes (the son of Agamemnon) and Clytemnestra who, by order of Apollo, killed their mother and her lover Aegisthus after they murdered hisparents. Orestes prayed to Apollo to atone for his crimes and gave as an offering an olive branch. 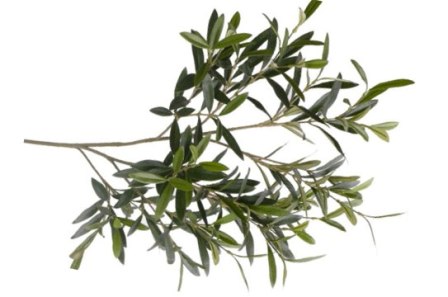 The olive tree as well as being present in classic mythological literature, is also present in traditional religious celebrations. Collective festivals held in each polis in honor of the gods was a key moment in the Greek cult. So each city, or polis designed their own festival calendar, they even to competed with each other to achieve the best celebration.

One of the most famous celebrations in Athens was the Panathenaic festival, celebrated in the honour of the Goddess Athena, protector of the city. It used to be celebrated in the month of July and lasted various days, during which they had horse races, gymnastic exhibitions, competitions and various musical and literary shows. To the winners of the competitions they gave them a prize of an amphora (ceramic vase, as below) with olive oil that had been cultivated in the Attican olive fields sacred to Athens. 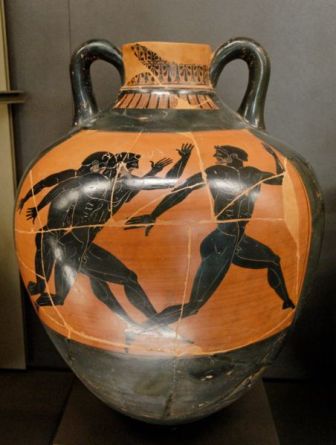 Panathenaic amphora of the sixth century BC. which represents a track meet. This vessel was given to the winners with virgin olive oil

The central act of this celebration was the procession that went through much of the city and culminated in the Parthenon Temple situated in Acropolis. This procession was immortalised in the hands of sculptor Phidias, all along the Parthenon frieze. The objective of the procession was to extend the offering of a robe or mantle to the goddess Athena to cover her. All members of the community participated in the procession, including the magistrates, priests, the winners crowned with a crown made from olive branchs, the maidens from the most important families bearing the offerings, the elderly carrying olive tree branches, warriors...

Sporting games celebrated in the city of Olympia, situated in Peloponnese, are another of the most important Greek religious festivals. In this case they were celebrated with an interval of four years to honour the God Zeus. Their origin isn't known for definite. Some traditions date back to the fifteenth century BC in commemoration of the victory in the race of Pelops against Oenomaus, however another legend attributes the beginning of the Olypmic games to Dorian Hercules which places the date in 776 BC. The truth is that from this year onwards, the games held in Olympiaformed a part of the Panhellenic Games, and they were converted into the most important and prestigious Games over other festivals such as Pythian Games celebrated in Delphi in honour of Apollo and Isthmian Games held in Corinth in honour of Poseidon.

During the celebration in Olympia, one of the challenges that took place was the Pentathalon which consisted in five separate challenges: a running race, long jump, discus, javelin and wrestling or boxing. As well as the Pentathalon there was chariot racing, horse races and wrestling competitions. During the Olympic Games, not only were there physical tests but also intellectual tests. This is shown by the existence of literary and oratory competitions. The olive tree was present in the Games through being the prize. It was a braided crown of wild olive branches that were handed to the winners of the games, identifying itself again with victory. The athlete was recognised as a true hero and his triumph was a source of pride for his home town.

The goodness of the olive tree was also demonstrated with the tradition that Higinio presents in his texts relating how the Greeks situated in the bays of the main entrance to their houses and small olive branch as a symbol of protection from evil spirits on the outside. 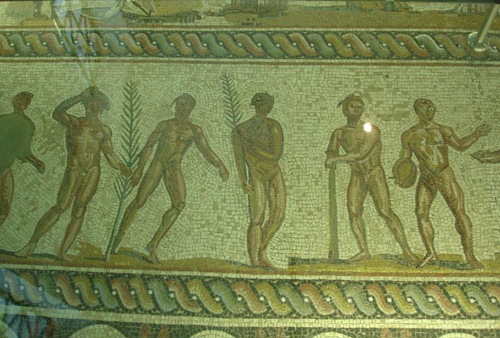 Fertility was another one of the olive tree's attributes. Athena was Goddess of fertility and as has been previously mentioned, her symbol was the olive tree which was one of the trees most cultivated in Greece and its fruit fed the Hellenes for centuries. As a result, the families who looked to gain fertility in their soils, looked to this tree. Testimony of this identification of the olive treewith fertility are the processions which were held in honour of the God Dionysus in which the community carried flowers, fruit and olive branches.

And so the relation between the Greek society and the olive tree was very intense. The demonstrationss of how special this tree was for the Greek society were abundant. It symbolised strength, victory, fertility, resistence and it was a sacred element when offered to Gods. Also, virgin olive oil was considered as an object of great value by being offered as the prize to the winners in the competitions.